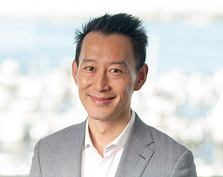 Paul studied Medicine at the University of Western Australia and graduated with Honours in 2000. He undertook his residency at Sir Charles Gairdner Hospital in Perth and was selected in 2006 for the Advanced Training Program in Orthopaedic Surgery in Western Australia. Upon successfully completing his training he became a Fellow of the Royal Australasian College of Surgeons and the Australian Orthopaedic Association, and in 2010 commenced his practice as a Consultant Orthopaedic Surgeon at Sir Charles Gairdner Hospital.

Paul has subspecialised in Shoulder and Knee Surgery. In 2010 and 2011 he underwent further training in Europe. He was awarded fellowships at an international training center being the first surgeon from Australia to be selected for Knee and Shoulder Fellowships at the Sports Surgery Clinic in Dublin, Ireland which he completed under Mr Ray Moran and Mr Hannan Mullett. He treated elite level athletes including players from the Irish Rugby Team, Gaelic footballers and hurlers. In this period he also completed observerships in Belgium and France.

Paul is committed to the Public Health System and is a Consultant in Orthopaedic Surgery and Trauma at Sir Charles Gairdner Hospital. He has joined Coastal Orthopaedic Group for private practice and operates at Bethesda Hospital Claremont, St John of God Murdoch, Peel Health Campus and Hollywood Private Hospital Nedlands.

Treatment of work related upper and lower limb injuries comprises a significant percentage of Paul’s caseload. His mission is to return workers to their pre-injury duties utilising advanced surgical technique, multidisciplinary rehabilitation and progressive return to work programs. He is qualified to perform permanent impairment assessments in accordance to the AMA Guides 5th edition and Workcover WA Guide 4th edition.